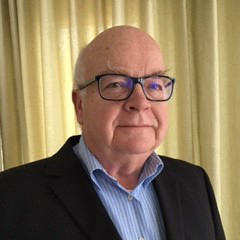 Herbert Hansen, a life sciences specialist, starts as the Head of an R&D Laboratory in 1979. He was promoted in 1985 to Head of Technical Development including pilot plant, scale production and a development laboratory. In 1992 he became head of a production site located in Cork, Ireland. In 1995 he took over the position of a Director of Manufacturing in Petersburg, Virginia, USA. Two years later in 1997 he became Director of Operations. In 2002 he and his family moved back to Ingelheim, Germany where he was asked to introduce an API Transfer Group for all API transfers, worldwide. First a Transfer Handbook was introduced and based on that no transfer failed again. Parallel to the implementation of the Transfer Group, a solid handling group was successfully established with the focus on milling and micronisation. He retired in 2017, since that he works for several companies as pharmaceutical consultant with the focus on development of strategies for API production, API Transfer and controlled particle size distribution what becomes more and more important for the pharmaceutical development and production.