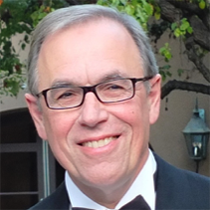 Over 120 papers, several books and book chapters published in the fields of organic chemistry, catalysis and process development

Vittorio Farina received his early education in Italy, and obtained a Ph.D. degree at the University of Alberta (Canada); he studied further at Cornell University (Ithaca, New York) as a postdoctoral associate.

He has worked for over 35 years in the pharmaceutical industry, both in discovery and process development. He has held positions of increasing responsibility at Bristol-Myers Squibb (USA), Boehringer-Ingelheim (USA) and Janssen (Belgium), and has recently founded Farinachem Consulting, with the goal of providing process development advice to API developers. Vittorio has published over 120 papers in the fields of organic chemistry, catalysis and process development, several books and book chapters, and is listed as inventor in over 20 patent families. Dr. Farina is on the advisory board of Advanced Synthesis and Catalysis, Organic Reactions, and the Beilstein Journal of Organic Chemistry, as well as on the board of the International Symposium of Homogeneous Catalysis and the Ischia Advanced School of Organic Chemistry. He is currently visiting professor at the Universita’ del Piemonte Orientale in Novara, Italy and he is a founding member of ISPROCHEM, an international school of process chemistry. Dr. Farina is interested in process development, the invention and industrialization of new synthetic routes, and the study and practical applications of transition-metal catalysis.